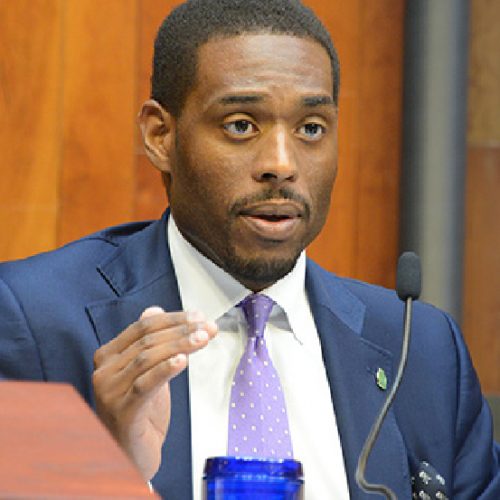 “I am running for Mayor to ensure that Greensboro delivers a more effective, more forward thinking and more collaborative government for all citizens.  For Greensboro to thrive in the coming decades, we must govern for where we are going, not where we have been.  We need strong leadership for real progress.”

Greensboro is officially a welcoming City.  Last week, via a 9-0 vote, the Council enacted an ordinance that reauthorized amendments passed in 2015 “to expand protections to the LGBTQ community by prohibiting discrimination on the basis of sexual orientation, gender identity, and gender expression.”  This fills the gap left by the expiration of statewide legislation passed as part of the overturn of HB2.  The ordinance also created completely new protections from discrimination against all persons, including persons who are women and racial minorities.

I am thrilled to support the rights of persons who are LGBTQ, women and racial minorities.  However, this ordinance is a great example of where I think we can improve City government in Greensboro.

– The original proposed ordinance was mostly symbolic, not substantive: (1) there were no penalties for violating the ordinance, (2) persons or companies accused of violating the ordinance could not be compelled to participate in a process to determine if the ordinance was violated, and (3) the only action the City could take against violators was to write a letter.
– There was no transparency in drafting the proposed ordinance. The proposed language was shared with Council members 0 business days before the session and the public was effectively allowed no opportunity to provide input or comment on the proposal.
– This lack of transparency led to critical gaps in the initial proposal, leaving businesses with <15 employees exempt.

I am happy to engage in healthy debate to help drive effective policy for the City of Greensboro. I am pleased that I was able to help ensure this ordinance applies to businesses of all sizes and has tangible financial consequences for non-compliance (a $500 fine for offenders). At the same time, I know that we can do better.

I am running for Mayor to ensure that Greensboro delivers a more effective, more forward thinking and more collaborative government for all citizens. For Greensboro to thrive in the coming decades, we must govern for where we are going, not where we have been. We need strong leadership for real progress.

– I believe that policy should be substantive, not symbolic, and have a path to successful implementation.
– I believe in transparency in government and input from the public and key partners.
– I believe in a Council that is collaborative and that doesn’t feel the need to work behind closed doors.
– I believe we should be visionary when we propose ordinances and not rely on the status quo.

I hope you too share these values and will join me as we continue to work to make Greensboro a safe, prosperous, and fair city for all its citizens.

PS – If you ever want a recap of what happened at a City Council meeting, click here for my “3 Things To Know” videos on Facebook.

Paid for by Vote Outling